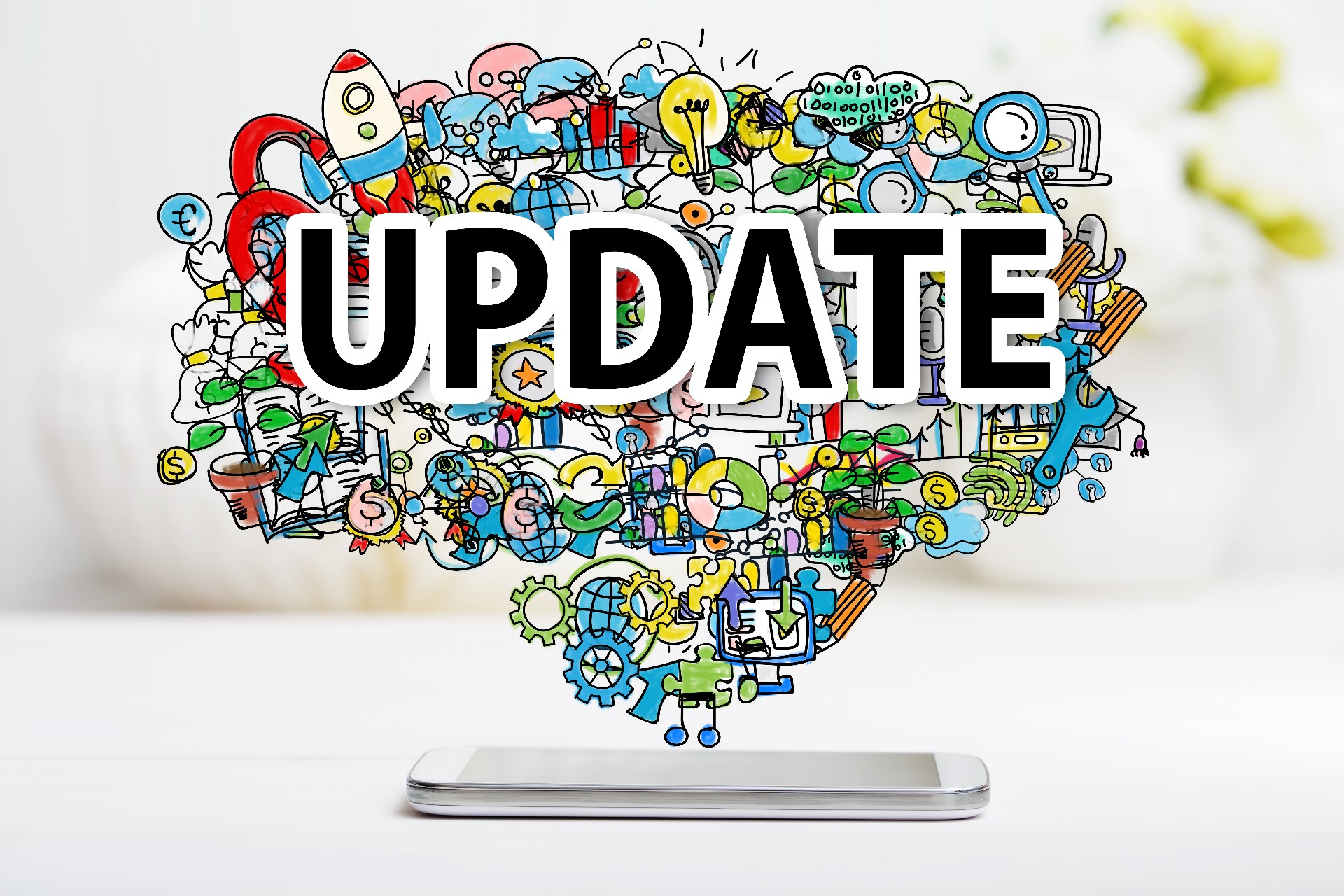 Recently, the Google I/O conference gave us a glimpse into what’s in store for Android P.

To say the least, this technologically-aggressive operating system update is jam-packed full of new features and performance updates that would make the biggest of technophiles rejoice.

No word yet on what the update will be officially named, though. People in the know say that it may be called “Pistachio Ice Cream,” going along with Android’s sweet treats routine, but it hasn’t been confirmed just yet.

Leave it to Cobalt Digital Marketing to give you the skinny on what exactly this new OS will provide. Seriously, you’ve got to check this out.

Android P looks to improve a lot of the performance and stability issues.

Lot’s of changes are going down when Android P officially launches. For now, it is in public beta, so you might want to give it a shot if you would like to help out the devs.

Here are a few changes that are coming:

Let’s get some of the basic information out of the way first. Android users know for a fact that recent updates have been draining their battery life. It seems like you can’t even play a game of PUBG Mobile without 30 percent of your battery life dropping in an instant.

As is customary before every update, Google reassures us that they are continuing to work on these battery issues just like they have in the past. This time is no exception. Android P is looking to refine the way the Battery Saver app works. The update will allow owners to turn on the app around 70 percent or below. And you can count on not seeing that annoying orange bar within the Battery Saver app. It will be replaced with a persistent notification icon.

But the coolest part about this battery life update that is expected to come with the OS update is the Adaptive Battery. Imagine a battery that learns how you use apps while restricting battery use from apps that you don’t use that often, effectively reducing CPU app wake-ups by 30 percent. That means battery life savings!

While Google typically does a decent job adding security features in their updates, this year they are taking it to the next level.

In the coming update, encryption will be built upon, making your device and data more secure. Android P will focus on client-side encryption, meaning that data encryption or decryption that takes place will now happen on your phone and require authentication in the form of a password, PIN, or pattern.

As Google backs up our information into its cloud, this change will make getting access to your information from a computer difficult for even the most seasoned of hackers.

You can bet your sweet bytes, though, that Android P will be bringing along other security features that affect third-parties, like a user notification whenever they use an old application programming interface (API) and encrypted network traffic on their apps. Not only that, but finally, a unified user interface for fingerprint authentication will be available.

The update is also trying to improve the public’s privacy faith in Google, who hasn’t been the most private of companies in the past.

The update wants to restrict OS access to your device’s microphone, camera, and other sensors. That means when an app is running in the background or idle, it cannot access any other sensors within the device, save for GPS. If the app wishes to gain access to them, a persistent notification will pop up.

Since Apple introduced the notch with their iPhone X, it is cascading over to an increasing number of Android devices. Currently, Android doesn’t offer native support.

That all will change when the OS officially launches because Android P will feature a native cutout support. Cutout support will improve how apps render on your device, ensuring that you don’t lose any content on streaming apps like Netflix, YouTube, or Hulu.

And now for the good stuff…

This update really packs in the new features and improvements. For instance:

This is probably the biggest change that Google is doing for Android P. The navigation bar has been relocated to the bottom portion of your screen, and your Home button will be replaced with a pill-shaped icon.

However, with change, some things can get left behind. With the new navigation bar, you’ll notice that the Overview button has vanished alongside the Clear All button. Don’t worry, though. As per a tweet by David Burke, VP of Engineering for Android, the features will return in a future edition of the beta.

In future updates, the navigation bar will be customizable as well, allowing users to change the color and background, and add custom widgets to it.

With the new navigation bar with Home button, you can swipe across the Home button to access a lot of cool functions like…

After a 6 year hiatus to gestures in general, Android P will bring with it a bunch of new interesting and innovative gestures, like:

Do Not Disturb will also be improved upon by giving users the ability to completely turn off notifications. That means no lock screen notification, no notifications in your notification drawer. Nothing.

Hot on Nokia’s Dual-Sight heels, Android P is making similar features to the app that will be widely available to most Android smartphones. The Android P feature will allow developers to access streams on multiple phone cameras at the same time.

While it is unlikely that Android P will have a native feature that is similar to Dual-Sight within the update, developers can easily create a third-party app that can fulfill that desire.

Speaking about allowing developers to access some pretty nifty things, ML Kit will allow them to use Google’s device learning tasks within the apps that they create.

ML Kit, while not exclusive to Android P, can allow a developer to use the camera for face detection, text recognition, or even landmark recognition. This feature can spark a lot of innovation in the app-developing community.

Google has the technology. They can build notifications bigger, faster, and better. Notifications have been under the microscope for some time now, and Google wants them to still be more useful.

Android P solves this problem by allowing the user to use smart replies, which allow you to attach pictures, stickers, and also let you type out your own reply, thanks to Google’s “MessagingStyle”.

Google Maps Will Get Some Love

Google Maps is about to become more versatile with the OS update. Before, the app was solely used for navigation at the street level, meaning that only those that drove or walked on the sidewalk could get directions on the go.

How? By using Wi-Fi Round Trip Time (RTT), which pinpoints your indoor location through Wi-Fi.

This feature will be a godsend to those that think they spend too much time on their phone—preach!

Dashboard helps track the time that you spend using your device. There, you can see just how long you’ve been using your phone divided into what actions you are taking, whether it be texting, streaming content, or even making calls.

Dashboard gives you control again, allowing you to set up screen time limits for specific apps. It also sends out recommendations to take a break after binging on YouTube or Netflix.

For those of us that like to take our phones to bed to read or watch video content, Wind Down Mode can help us put the phone down before bed.

The new feature uses grayscale to turn your screen gray, reminding you that it is time to get some sleep. The gray color is easier for your eyes, promoting sleepiness since computer and phone screens can cause sleeping problems because of the light they give off.

Android P is also coming out with Adaptive Brightness, a feature that uses artificial intelligence to determine the brightness settings you prefer. Once learned, it can make adjustments depending on the lighting around you.

Your eyes will thank you.

A New Way to Lock That Screen Down

Even though the screen orientation lock option is a thing now, it can be difficult when switching between apps. Android P is looking to fix this issue by offering a whole new way to stop those accidental screen rotations.

Once the update goes live officially, you will be able to pin a screen in a certain rotation. If you want to switch orientations, all you’ve got to do is tap on the Phone icon to the right of the Recent Apps and Home button.

Slices are similar to widgets, and they allow app developers to use its API within Android to create contextual suggestions depending on your use; effectively creating shortcuts for apps you use frequently. These interactive snippets grant you the ability to use the app without having to launch it, minimizing the amount of tapping you have to do.

For instance, if you searched for a Lyft, you may get an option that will allow you to book a Lyft in the future without having to actually open the app. The options can be a series of photos or even a slider, and while they may be added to other functions in the OS in the future, when it is released in Android P, it will be accessible first through the Search.

Last year, Android used A.I. to determine what kind of apps users would like based on different criteria. Now, Android P is looking to enhance that feature through what is called App Actions.

App Actions allows your phone to use A.I. both as it was initially proposed for but also to make suggestions based on your usage history. Take, for example, your Home screen. If you make a phone call to your parents around 5 p.m. daily, whenever you open your Home screen, you may get a suggestion to call them.

App Actions can also make suggestions within context. For example, let’s say that you just plugged in your headphones to your phone. Shortly after, you’ll receive a suggestion for a certain type of music or podcast app.

What phones can support it?

Even though the official update won’t be dropping until around fall, you can still try out the public beta. But you must have one of the nine phones that can support it:

If you do have anyone these phones, installing the software is rather easy, and you can find the steps here.

A lot to take in? Don’t sweat it. Luckily, you’ve got a dedicated team of catalysts at Cobalt Digital Marketing that know everything from mobile updates to mobile optimization. It comes in handy in helping you get to the top of Google rankings and staying there.