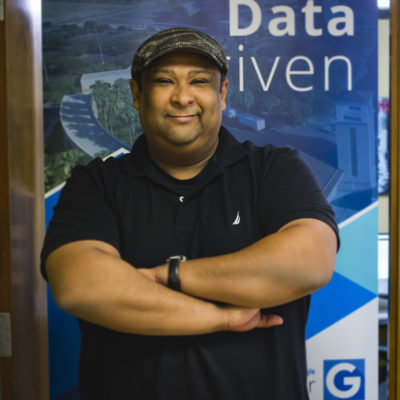 From Aviation Electronic Technician, then to Chief Technology Officer, to ultimately becoming the owner of Cobalt Digital Marketing, Mauricio’s technological savvy and dexterity has meant success for his clients. Mauricio’s professional ventures began during his stint in the US Navy, where he served as Aviation Electronic Technician for nearly 4 years. Following this amazing experience, Mauricio initiated his first start-up, SM UNIQUE. His proficiency in HTML, CSS, FLASH, and PHP, led to his company designing, hosting, and maintaining dozens of websites.

Mauricio was drawn to Austin where he became a prominent figure in the tech scene there in the late 2000’s. He worked for Cloud[8]sixteen (then The Search Engine Guys) as Lead Web Architect during their fast and furiously successful startup. Mauricio was a part of the team who enabled the startup to reach revenue of $1M in only three years. The Search Engine Guys were pioneers in Search Engine Optimization and Mauricio became an expert in the science and art of SEO. After several years with TSEG, Mauricio was ready to return home and introduce Search Engine Optimization to the RGV. He brought this capability to Imagine It Studios and worked there for more than five years. It was during this time that the company saw a 366% revenue increase including SEO as a significant new revenue stream.

But his journey didn’t end there. In fact, his story seems only to be beginning anew. Opening Cobalt Digital Marketing, Mauricio is on the warpath, utilizing all those years of experiences to provide the world with a digital marketing force unseen before. Faster than a speeding bullet. More powerful than a locomotive. Able to leap digital marketing services in a single bound. It’s the tech superhero – Mauricio Pina.

This caffeine charged technogeek continues to give back to the community by providing the younger generations the wisdom of tech and entrepreneurship. He is an organizer and mentor for Code #RGV Brownsville, serves on the South Texas Information Technology Industry Sector Partnership and takes every opportunity to talk tech with peers and coding students. One thing’s for sure, as the technology of digital marketing evolves, “Moe” is on the forefront, not only positioning Cobalt Digital to respond but, in most cases, he’s anticipated the change and is one step ahead of the curve. Mauricio is reinventing digital marketing like no other.